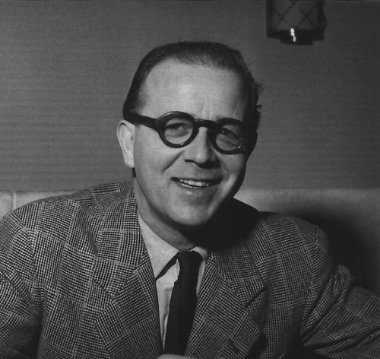 Marcel Gascoin was a French architect and furniture designer during the post-war era. He was extremely important in the reconstruction of France after the second world war. His wooden furniture favoured clean lines that focused on practicality to suit the housing crisis after the world war. A visionary of his time, Gascoin’s democratic design filled the gap between art and industry, combining clean aesthetics with manufacturing industrial processes.

Gascoin mentored many distinguished designers in his own workshop such as Michel Mortier, Pierre Paulin and Joseph-André Motte. He drew inspiration in interior boat making and his deep respect for them enabled him to employ similar attitudes in making optimal use of space, evident in many of his furniture pieces.

He designed the C-Chair Dining Chair and the Trèfle Stool for Gubi. While many of his work during his career went unrecognized, many collectors have been awakened to his bold furniture designs in recent years.

Designed by Marcel Gascoin for Gubi Designed by Marcel Gascoin for Gubi